KEEP THE PEACE – As Coop gets more involved in gang life, her relationship with Patience is tested, while Spencer is determined to find a way to help his community stop the violence that keeps occurring. Jordan is developing a relationship with his grandfather, which brings up family issues for Billy.[2] 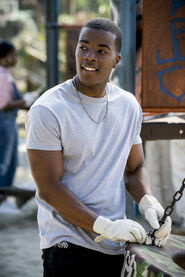