Int'l Players Anthem (I Choose You)

Int'l Players Anthem (I Choose You)

Robert D. Doty
"Int'l Players Anthem (I Choose You)" is the eighteenth episode of the third season of All American. It first aired on July 12, 2021 to 0.64 million viewers.

ALL YOU NEED IS LOVE - With Jordan and Simone's big day quickly approaching they start to envision what their new future will look like with the help of Billy and Laura. Spencer and Billy both realize how much pressure the football team is feeling but to their surprise they may have a new ally. Jordan helps Olivia see what has been holding her back making her look at how to balance recovery and romance. Meanwhile, Layla and Coop both find out secrets that helps to explain what has been really going on.[2] 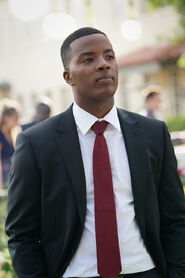 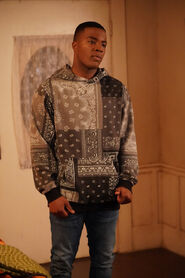