Nkechi O. Carroll
"i" is the third episode of the first season of All American. It premiered on October 24, 2018.

A SENSE OF SELF - Spencer and Jordan spend an unexpected day together back in Crenshaw where Beverly Hills golden boy, Jordan, gets his first taste of real life in South Central LA. Meanwhile, Billy struggles with his identity as a father as Olivia and Layla attempt to rekindle their friendship. Coop faces her own truth, coming clean to her parents about being gay.[2]

At an American football session, Asher continues to grow frustrated with Spencer and soon creates a meme to ridicule him and sends it across the school. Meanwhile, Coop begins falling for a girl named Patience at her mother's church choir soon revealed to be the reason that she hasn't come out as lesbian due to the religious belief's of her family. The tensions between Asher and Spencer increase when they attempt to fight at a session and soon Jordan experiences Spencer's former life in South LA before Beverly after defending Spencer against Asher. Olivia and Layla try to reconcile after being paired for an English project. Jordan experiences police racism-based treatment after being harassed and Billy soon becomes hurt that his son wasn't aware of the prejudice. Jordan goes to a barber with his dad but finds his old high school yearbook revealing that his father dated Grace James, Spencer's mother. 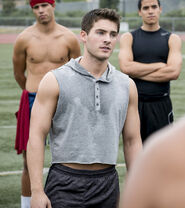 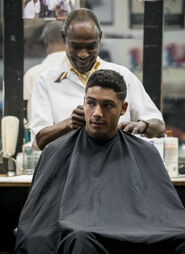