Nkechi Okoro Carroll
Carrie Gutenberg[1]
"Decisions" is the sixteenth and final episode of the second season of All American. It premiered on March 9, 2020 to 0.70 million viewers.[1]

SEASON FINALE – When Spencer hears that South Crenshaw may turn into a magnet school, he and his friends decide to do something about it, but he might have bigger problems to worry about. Billy makes a decision about his future that surprises everyone. Layla is focused on trying to get Coop a tour for the summer but isn’t having much luck, so she comes up with a different strategy that makes everyone happy. Asher has an opportunity to spend the summer with his mom but isn’t sure if he should go. Meanwhile, Olivia struggles with what she will do over the summer and Jordan makes a Hail Mary in his personal life.[1] 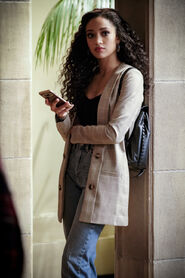 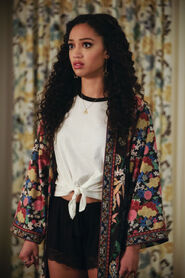